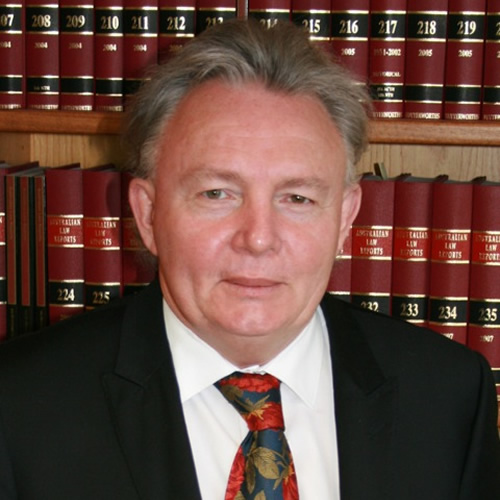 Christopher Shanahan SC is an independent barrister. He was appointed silk on 1 December 2004 and is a member of the WA Bar Association, of which he was Vice-President between 2005 and 2007. He is a Fellow of the Australian Academy of Law.  Chris’s practice includes administrative, civil and commercial matters, with an emphasis on appeals.  Chris has a substantial body of work in native title, mining, compulsory acquisition and associated administrative law issues.  Chris appeared for the successful appellants in the Full Federal Court in Charles v. Sheffield Resources Ltd [2017] FCAFC 218 (20 December 2017) a case engaging the obligation to negotiate in good faith under the Native Title Act 1993.  Prior to taking silk in 2004 Chris’s practice included first instance crime, and he appeared in some 120 jury trials between 1996-2003.  Chris continues to appear in criminal matters and is regularly briefed by the Commonwealth DPP and the Australian Federal Police.  He argued the successful appeal in the High Court in Smith v. WA (2013) 250 CLR 473 regarding criminal conduct by jurors.  Chris led the establishment of Murray Chambers in Perth in February 2017 and was Head of Chambers until March 2021.  Murray Chambers is affiliated with both Murray Chambers in Adelaide and Darwin.

Chris has served part time as A/g Commissioner of the Corruption and Crime Commission of Western Australia; he has also served as an A/g Information Commissioner for Western Australia. From April 2014 – April 2015 Chris took a more active role in the CCC during a lengthy vacancy in the office of substantive Commissioner, and during that period he shared the substantive role with his fellow A/g Commissioner. He has extensive experience with the exercise of coercive statutory power, statutory construction and the operation of bodies with the powers of a standing royal commission.